For the seventh consecutive year, Professor Vlatka Ariaana Hlupic has been voted one of the world’s Most Influential HR Thinkers. The prestigious international list was compiled by HR Magazine and announced during a ceremony last night at St Peter’s Cathedral in... 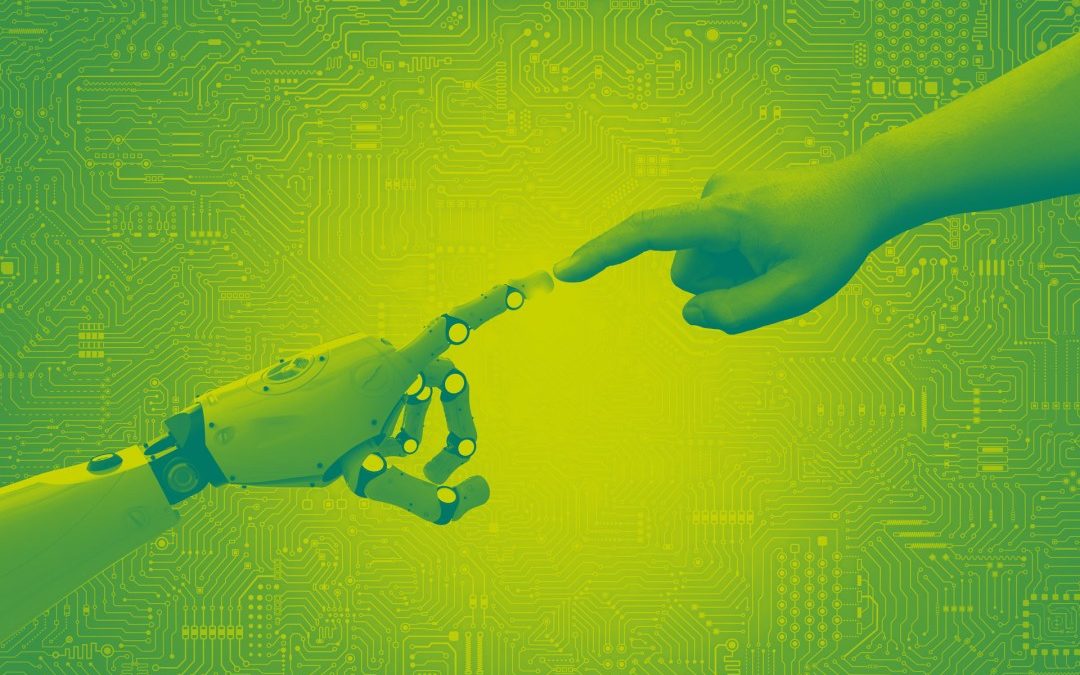 The digital ecosystem depends upon the human one

Much has been written and discussed about the pace of technological change. More than replacing routine tasks, artificial intelligence can transform business processes, customer service and the way businesses are set up and run.

For the fifth consecutive year, Professor Vlatka Ariaana Hlupic has been voted one of the world’s HR Most Influential Thinkers. The prestigious top 30 international list, in which Professor Hlupic is ranked 11th this year was compiled by HR Magazine and announced during a ceremony last night at Claridges in London. 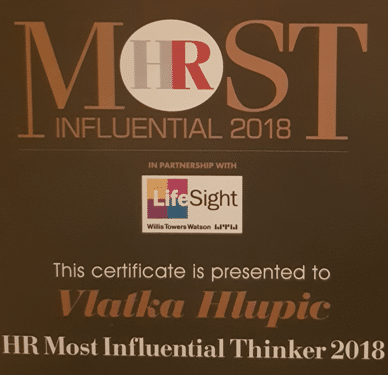 For the fourth consecutive year, Professor Vlatka Ariaana Hlupic has been voted one of the world’s HR Most Influential Thinkers. The prestigious top 30 international list, in which Professor Hlupic is ranked 9th this year was compiled by HR Magazine and announced during a ceremony last night at Claridges in London. 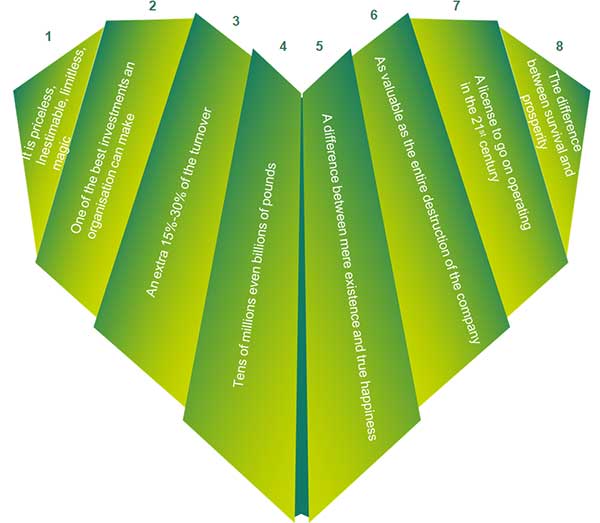 The Value of Humanising Organisations

Business as usual is no longer an option. A narrow focus on maximizing short-term financial returns has led directly to corporate scandals, environmental disasters from climate change to plastic waste in the oceans, low employee morale, distrust in institutions and the Great Financial Crash of 2007-2008. Yet amid this succession of crises, a more optimistic picture is emerging, supported by a growing body of evidence that makes an economic, as well as a moral, case for a different approach to business.

Fractals and The Management Shift

Fractals are the structure of nature. They are mathematical, iterative, self-similar, infinite, natural, ever-changing, and born of the same equations. We see them everywhere in nature – in the shape of leaves, trees, flowers….

We should all be driven by purpose. I see my purpose as creating ripples for individuals and organisations with my ideas, and by doing so, making this world a better place. Part of that purpose is to help others to create ripples for themselves and others. This is the reason why I decided to, in addition to my own work, develop other ways to help professionals create The Management Shift ripples.

Is your organisation a frog in a slowly heated water?

Many organisations today are like a frog in a slowly heated water. Unaware of the forthcoming danger, complacent, unwilling to change, shift to a better place, jump out of the increasingly dangerous hot water and move to safety. They are surfing on the edge of chaos – markets change faster and faster, unforeseen influences require quick adaptation, and changing demographics of the workforce demands different management practices. Many businesses are becoming global, helped by advances in connectivity and digitisation. This means that competitor profiles are constantly shifting and there is an increasing emphasis on innovation, cooperation and collaboration. 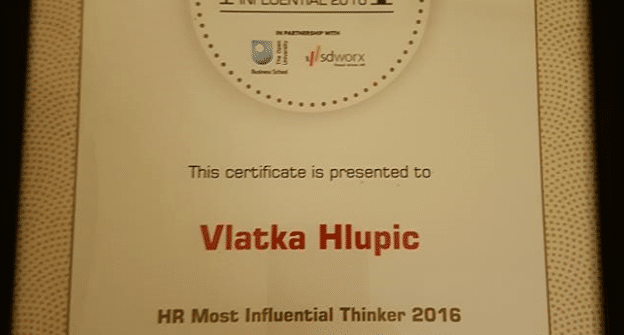 One of the Most Influential International HR Thinkers 2016

Professor Vlatka Hlupic has been voted one of the HR Most Influential International Thinkers 2016. It is the second year that her work has been recognised in this way, and this year she is ranked on the 14th place. The prestigious top 30 list was compiled by HR Magazine and announced during a ceremony at Claridges in London on 19 September 2016. 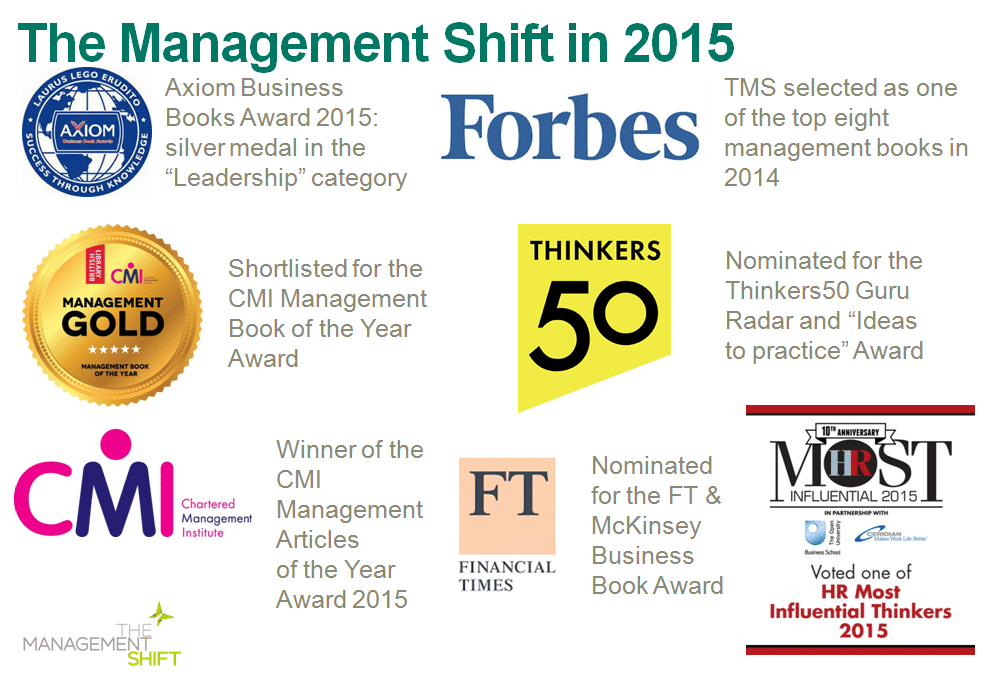 The Management Shift: Reflecting on 2015, Anticipating 2016

Following the global launch of “The Management Shift” book in November 2014, I am delighted that 2015 has been such an most amazing year! The book was selected by Forbes as one of the top eight business books in 2014, it won the Axiom Business Books Award (silver medal in “Leadership” category), it is shortlisted for the CMI Management Book of the Year Award, it was nominated for the FT & McKinsey Business Book Award and article based on this book won the CMI Management Articles of the Year Award 2015.